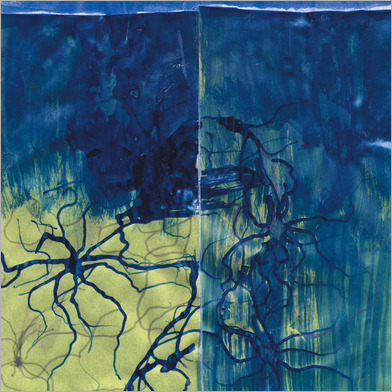 At the Old Factory

At The Old Factory is a raw snapshot from a 1999 performance between electric bassist Darin Gray and electric guitarist Loren Connors at the original Knitting Factory in Downtown New York City. It is one of the earliest live performances of what would become an intense few years of musical partnership.

At this point the two had already recorded their debut album, The Lost Mariner, and Gray was part of the big band ensemble for Connors & Alan Licht's Hoffman Estates with producer Jim O'Rourke. In 2000, the two recorded  This Past Spring.

Pressed in an edition of 700 copies on colored swirled vinyl, this 7-inch was only available as a bonus with the 10-year anniversary LP reissue of The Lost Mariner.  Cover art by Katie Leming (Cro Magnon, Bird).