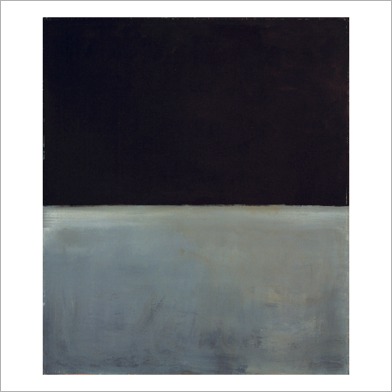 Blues: The ‘Dark Paintings’ of Mark Rothko is one of Loren Connors’ most cherished and sought after albums. Originally released in a handmade edition of 200 or so copies on Connors’ own St. Joan imprint in January 1990 under the name Guitar Roberts -- Blues has been unavailable in any form until now.

At time of its release, Connors was still an inscrutable guitarist whose matchless and alien rendering of the blues was just gaining recognition despite more than a dozen solo and collaborative releases since 1978. Connors’ classic, song-based In Pittsburgh had only been available for three months when Blues welcomed the new decade with its reformation of the blues as minimalist lines and tone; a compound of influences spanning Louisiana guitarist Robert Pete Williams to painter Mark Rothko.

"Moving with the slow, stately weirdom we expect of Connors' late '80s sound, the music is all shards, all pokes in the eye, as though Rothko's gray scale had exploded, sending shrapnelized paint rocketing through your brain," music historian Byron Coley writes in the liner notes of this reissue. "Just as Connors' notes ricochet hauntedly through its recesses."

For this reissue, engineer Taylor Deupree restored the audio to Connors’ specifications of how these seven instrumentals were intended to sound. Cover art is an untitled 1969 Rothko work -- a painting that influenced the album. The original LP jacket is replicated as a glossy inner sleeve. New liner notes by Coley chart Connors' development and the influence Rothko had on him as a guitarist. Pressed on pristine 150-gram vinyl by Quality Record Pressing in an 800 edition; includes download coupon.