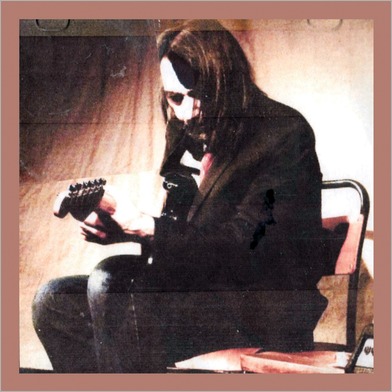 Live in New York is an album seemingly simple as its title. Yet Loren Connors -- captured here in cinéma vérité quality at two performances six days apart in November 2014 -- is anything but straightforward. During the past 40 years the guitarist has not only developed an iconic sound but continues to reshape it and challenge himself, and the listener, in accepting radical permutations of the blues.

Across these three pieces, Connors builds upon the vision captured on his last studio album, 2011's Red Mars, where transparent, ghostly notes slowly unravel against a canvas of black drones and funeral tolls. In addition -- maximist, distorted six-string solos, that were once a hallmark of Loren's early-90s performances, make a mighty return.

The CD is presented in a Stoughton miniaturized "LP" sleeve with metallic ink and an insert. Cover art by Connors. Mastered by Taylor Deupree at 12k.