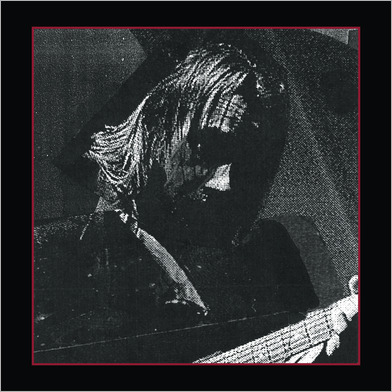 Loren Connors has long been heralded as one of the country's most inimitable guitar voices. Like kindred spirit John Fahey, Connors' legacy began by quietly self-releasing a series of raw and embryonic LPs. Since the late 1970s, Connors' use of haunted Delta Blues, minimalism and compositional underpinnings have become an avant-garde style synonymous to him. Along the way, musicians diverse as Chan Marshall, Keiji Haino, Darin Gray, Jim O'Rourke, Jandek, and Alan Licht have sought Connors as a musical partner on record and stage.

Red Mars is the first CD of new solo music by the New York City guitarist since 2004's The Deaparting of a Dream Vol III: Juliet. Since that time, Connors' unmistakable electric blues style presented on album has changed somewhat -- from multilayer tape-recorded pieces to spontaneous live performances. The five pieces here, a suite to the Red Planet, are filled of the cinematic pacing, lyricism and a palette of phantom tones that hoist Connors to a stunning new peak. Portuguese bassist Margarida Garcia joins Connors on the opening journey, introducing a dialogue unique in its ambiance as its entwined mystery and melodies. Features cover art by Connors.

"Loren maintains that eerie, ghost-like, drifting tone that we all know and love. The background cushion of somber hissing and humming guitar rise up slowly like voices of the dead as Loren unfurls one or two notes at a time like small rafts on an ocean of turbulent waves. On 'Showers of Meteors' Loren cuts loose and hits a number of tortured, bent notes like a series slowly creeping bubbles through a jar of molasses. As times slows down, we can notice the nuance of each note as it is hit and bent into different fragments. Those of us with patience and time will be rewarded by the way things unwind at their own pace. Manhattan is in ruins thanks to the fat cats and greedy scum, the phantoms have taken over what's left. This is the soundtrack for that movie." -- Bruce Lee Gallanter, Downtown Music Gallery