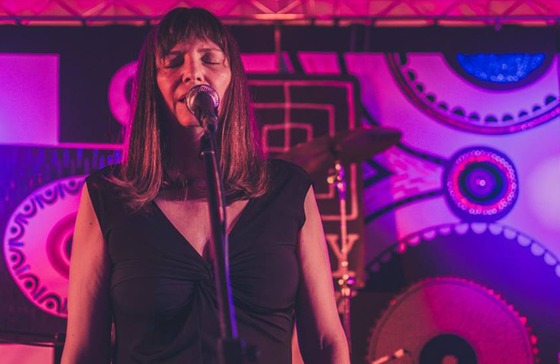 The Wire described lyricist Suzanne Langille’s vocals without describing her voice. Instead, it focused on Langille’s aesthetic, how she abandons ego to “throw herself at the feet of her material and let it speak through her.” A lyricist as well as vocalist, Langille is as devoted to the spoken word as to song. Known for her work with guitarist Loren Connors and the band Haunted House, Langille has also performed repeatedly with overtones singer and percussionist Neel Murgai, multi-instrumentalist Daniel Carter, the band San Agustin, violinist Laura Ortman, guitarist David Daniell and poet Yuko Otomo. Her recordings have been issued on the Family Vineyard and Secretly Canadian labels.

There are no upcoming tour-dates for Suzanne Langille.