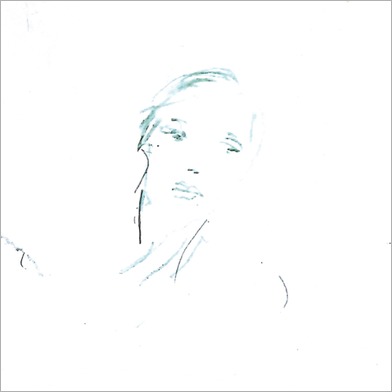 The Departing of a Dream Vol. VI

Just months after reviving The Departing of a Dream series from a ten-year hiatus with the release of Volume V -- Loren Connors issues another movement of saturated guitar tones, dissonance and impermanence

Volume Six begins with the percussive sound of struck, muted strings, it's an unusually rhythmic effect for one of Connors solo recordings, writes Kurt Gottschalk in The Wire. But from there, Connors' guitar notes morph into gentle wisps of guitar sounds -- or as Connors himself describes: “just like the wind scattering the notes around."

The mini-album is presented as a 10-inch with artwork by Connors -- a faint, nearly transparent drawing of a woman's face. Audio mastering by Taylor Deupree at 12k and vinyl mastering by Jason Ward at Chicago Mastering. One-time edition of 550 copies, includes download coupon.