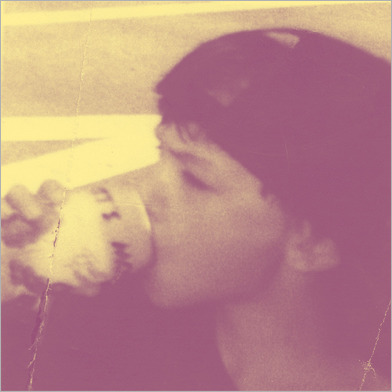 These two nice Catholic boys, Loren Connors and Jim O'Rourke, met at the crossroads each night during a 1997 European tour. By this time O'Rourke already reissued Connors' seminal heartbreak album In Pittsburgh on his Dexter's Cigar label and produced the guitarist's big-band mash-up with Alan Licht, Hoffman Estates.

Together, they unravel slow motion ghost blues across three extended pieces that evolve from Connors' martian style to the thundering, feedback splattered lead grooves of O'Rourke. The spontaneous melodies shift from devastating, country road intimacy to hypnotic overamped rock. It's ferocious, epic, and utterly beautiful. This live CD is only the second duo release by these musical partners. During the past decade, O'Rourke has repeatedly returned to hours of recordings captured across Europe to select these 47 minutes.

" ... a beautiful collaborative effort between two closely tied musical experimentalists. Somehow these two, whose typical musical pursuits often differ widely in nature, have managed to form a musical relationship that allows each to expand their standard repertoire in a creative and enriching way." -- Henry Smith, Brainwashed

"The last piece, 'Most Definitely Not Koln' starts with distant, haunting, shimmering, chords. Power chords like sunspots exploding with the occasional screaming, note-bending cries. The distortion is so thick that it nearly blinds us if we get too close. There is a sigh of relief when it finally calms down to a more peaceful conclusion. Notes drifting delicately like a lost lullaby at the end of an apocalyptic battle. Good vs. evil? Loud vs. soft? The dark vs. the light? You decide. Me? I'm still weighing the odds." -- Bruce Lee Gallanter, Downtown Music Gallery