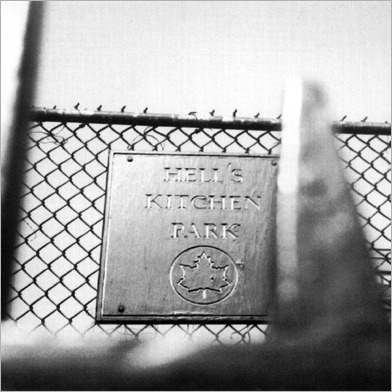 Not only the first of the Black Label titles but the hands down classic of Connors' Venusian / street story / tear suspended electric blues. Based on the New York City Irish-American slum known as Hell’s Kitchen of the late 19th and early 20th century, Connors summons the freight trains, the death, the violence, and the poverty into an alluring and stark six-string portrait. Essential!

Liner notes: "The NYC Irish-American slum known as Hell’s Kitchen was in the late 19th and early 20th century, the most desperate slum in U.S. history. The level of neglect, poverty, disease, violence and pollution that existed there still remains unequalled. Eleventh Avenue, with its freight train traffic, once was known as Death Avenue."