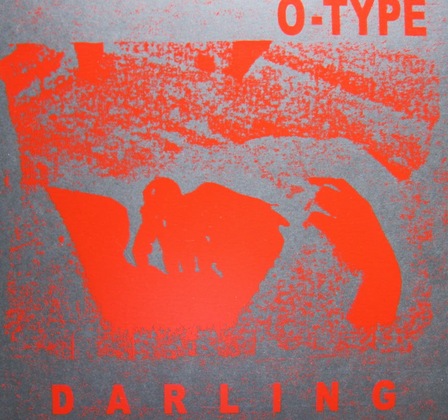 Darling, O-Type is back

So, it's been almost 15 years since the first Family Vineyard release Strict -- an album from MX-80 members Bruce Anderson (guitar), Dale Sophiea (sampler) and their usual cohorts Dave Mahoney (drums), Jim Hrabetin (guitar) and Marc Weinstein (drums). The CD was released under their names, but the project later (re)morphed into O-Type, a badge they'd been using since the mid-1980s. So it's a gas, and a helluva surprise, to find out Milvia Sun have just reissued O-Type's 1988 cassette Darling as a 300-edition LP in screened covers. Now Darling is no musique concrète revision of Mr. Anderson's guitar styling as Strict was/is. Instead, Darling is post-MX-vision rock with Anderson taking the mic at times to sound like a "gruff, drunken, almost sick sounding barrage, coming a little too close to the far-beyond-gone state of Bobby Soxx at the dead end of Stick Men With Ray Guns" (or so sez our pal Doug). Nonethless, we think you oughta buy both.