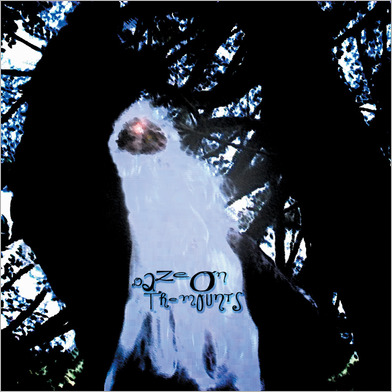 Daze on the Mounts

Hey, smooch! Dredd, aka Dan Ireton, has finally come out and ended a near decade of silence and Daze on the Mounts, a spiraling three-dimensional crest of the so-called avant-folk expression, is the celebratory homecoming. Originally a limited 2004 CDR, this reissue presents the colossal side for all. In collaboration with Matt Valentine & Erika Elder (MV&EE/Bummer Road and Tower Recordings), two of modern-time's purest interstellar travelers, Dredd Foole bounds between Tim Buckley-esque bellow and a hyper-extended take on the song form (a dewy mash of Ra-space and Vermont-lore) alongside environmental treatments (harmonica, synthesizer, percussion) and his own acoustic guitar work to fully transcend limitations. From the visceral 80s garage days with The Din (with members of Mission of Burma and Volcano Suns) to becoming a beacon for many a free folk explorer, Dredd remains a bona fide master of universal revelation.

"Dan's savage grace has been consistent since his days w/The Din in the 80s... he's a kind, gentle soul (we worked together for a spell) and this comes through in his music in droves; even when he's howling like a banshee (prior Bukowski-meets-Sun-Ra comparisons still ring true). -- Keith Fullerton Whitman, Mimaroglu

"[Daze on the Mounts is] delivered like tranced folk transmissions from deep inner space... Mysterious shadows shift and take on new shapes. Headily stunned and slightly lacking in equilibrium, this sways and swoops like a long rope swing strung over a river." -- George Parsons, Dream Magazine