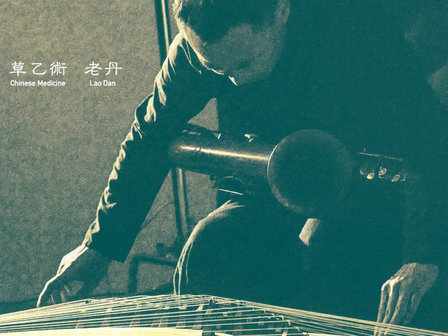 Lao Dan has a terrific new solo cassette out -- Chinese Medicine 草乙术. It's another windown into his expolsive and highly textural playing style that knocks the whole East vs West jazz/style discussoin on its ass.

The album is released by the new London label Dusty Ballz that is focused on the Chinese underground. Per the label: "Recorded in June 2019, this is a solo set in which two instruments – tenor saxophone and Zheng, also known as the Chinese zither – were played successively and simultaneously by hands and feet. The recording was made in one go with no overdub or effect added."