‹ Tyler Damon On The Record
All News
Kuzu Kuzu Kuzu › 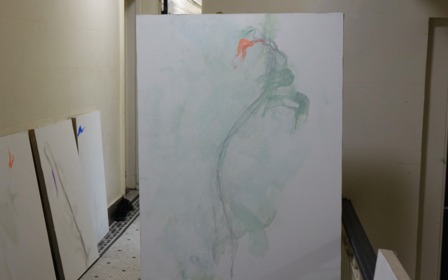 "Wild Weeds features a series of new paintings and a selection of recent drawings. All of the works continue an ongoing series of flower images, drawn or painted in the past few years with an economical hand, a quality not unlike the impressionistic character of Connors’ guitar playing. Connors has explicitly considered the relationship between the paintbrush and the guitar throughout his career, on albums such as Blues: The “Dark Paintings” of Mark Rothko (1990), a musical response to the late painter’s final works, and by creating album artwork—often by hand, even since being diagnosed with Parkinson’s Disease in 1992—for his own, limited-release recordings....

The exhibit closes with a performance by Loren and Tom and Christina Carter as Charalambides on Oct. 7 at 8 p.m.