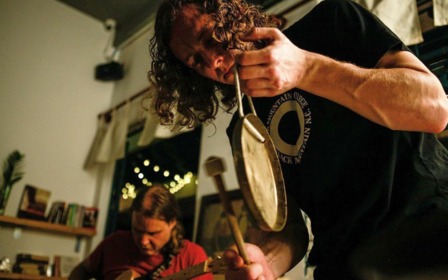 Our man Tyler Damon has spent the past few weeks touring Vietnam with John Dawson. The two have been soaking up the local food and underground music scene while critics the world over have proclaimed Both Will Escape -- the debut LP of Damon and Tashi Dorji -- as tops of 2016. They've been performing as Thee Open Sex and collaborating with a slew of string players in various cities. On Jan. 6 they performed at the Kafka Bookstore in Ho Chi Minh City (photo above).

Expect Damon and Dorji back on the road together this year.