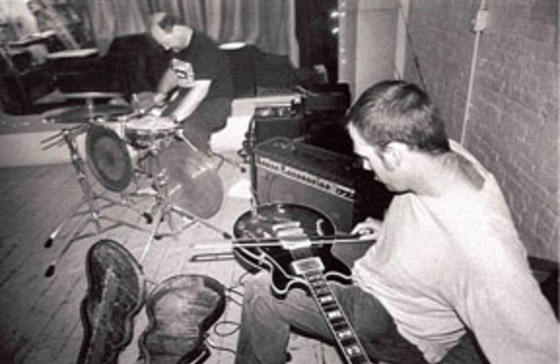 Free improvised electric guitar and drum duo, Jason Bivins & Ian Davis have been performing together since 2002 in the North Carolina Triangle. Bivins has been playing improvised guitar for well over a decade. While living in Indiana during the mid-late 1990s he held a long-standing duo with flutist Richard Patterson, the collective trio M, his own trio, and founded the Unstable Ensemble. Davis started drumming at 15 and ran with bands on the South Carolina R & B circuit. He moved to the Bay Area in '95 and played with Mills College-based large improvising ensemble Micro Collective Orchestra along with Scott Rosenberg. Returning to NC in '97 he founded the Micro-East Collective, Umbrella Recordings and Assembled Sound Studio. Davis currently plays in the Dave Fox Group, Unstable Ensemble and with Eugene Chadbourne. Bivins and Davis also perform as a trio with Richmond, VA sax player Jimmy Ghaphery, their debut Impermanence is on Umbrella.

There are no upcoming tour-dates for Jason Bivins-Ian Davis Duo.