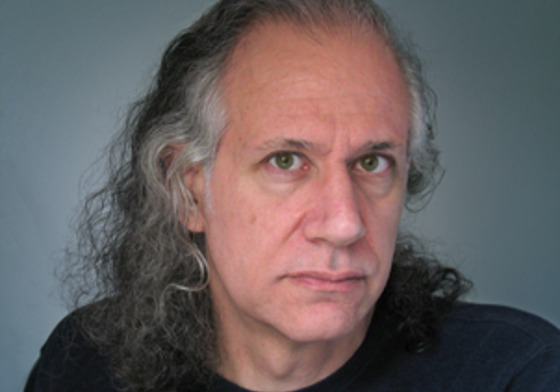 David Garland has been creating innovative albums of songs for a small but passionate audience for the past 20 years. Since moving to New York in 1976 (after graduating from Rhode Island School of Design), Garland has performed with many of the luminaries of the New York downtown scene: Christian Marclay, John Zorn, Bill Laswell, Shelly Hirsch, Ikue Mori, Arto Lindsay, Sussan Deihim, and Meredith Monk. Kyle Gann, in The Village Voice, called Garland "the best songwriter of my generation, bar none." In his day job (on weekend evenings), Garland presents unusual music on New York Public Radio WNYC-FM 93.9 and wnyc.org. His on-air guests have ranged from John Cage and John Zorn to Devendra Banhart and Wooden Wand. His previous albums include Control Songs (1987, Review Records, Germany), The Worlds of Love (1989, Review), I Guess I Just Wasn't Made for These Times (1993, MSI, Japan), Togetherness: Control Songs Vol. 2 (Ergodic, 1999), My Vortex Camera: Control Songs Vol. 3 (Review, 2000), and On the Other Side of the Window (Review, 2003), and Reveal (davidgarland.com, 2006). Noise In You (Family Vineyard, 2007) is the first of Garland's albums of experimental pop music available to a larger audience.

There are no upcoming tour-dates for David Garland.